A a journey through the rich history to our present establishment

*The content shared in the timeline is based on content from a Wikipedia article, “War Memorial Stadium (Buffalo, New York)” and a Buffalo Streets article, “Discovering Buffalo, One Street at a Time.”

Pre 1875
Location Was The Outskirt Of The City Of Buffalo 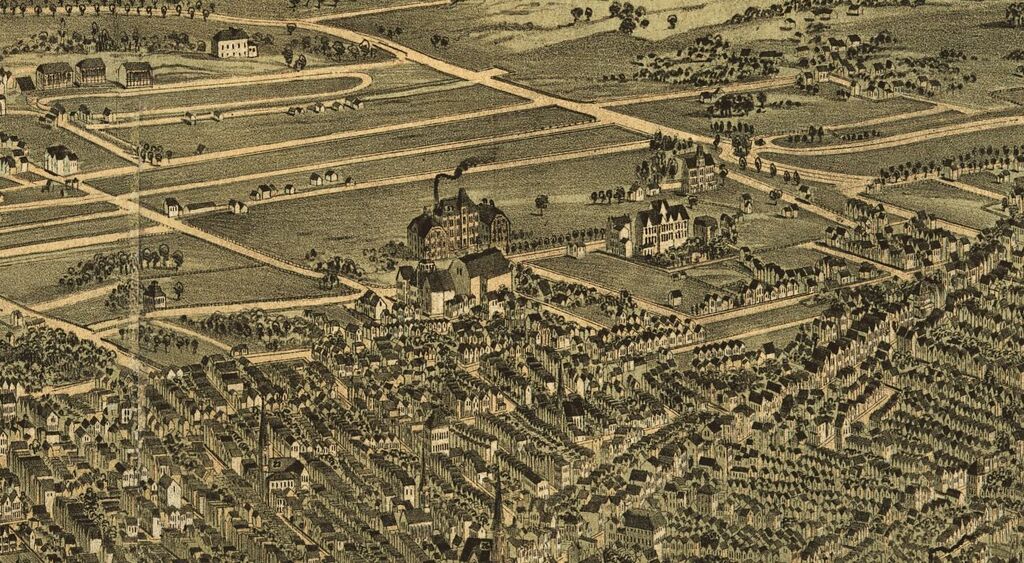 Previous  to 1880, the spot where Johnnie B. Wiley Stadium – once known as War Memorial Stadium – stands, was on the far outskirts of the city.

Previous to War Memorial Stadium, the big landmark along Jefferson Street between Best and Dodge wasn’t “The Rockpile,” but was the brewery across the street from the stadium where the Stanley Makowski Early Childhood Center now stands.  Built in 1875, the brewery was marked as No. 57 on the 1880 map.

As a young man, Alvan, Junior acquired a farm of several hundred acres, bounded by Main, East Ferry, Best and Jefferson.  Mr. Dodge built a house at the corner of Main and Dodge Streets, using lumber cleared from his property to build the house.  Alvin Dodge Jr. sold part of his land to the City of Buffalo in 1880.   After selling the land to the City, he subdivided the remainder of his property for development and laid out streets on his land.  The area became the place for many prominent German families to live.   Legend has it that there was one field that grew the best corn around, so Mr. Dodge refused to convert it to a building lot. 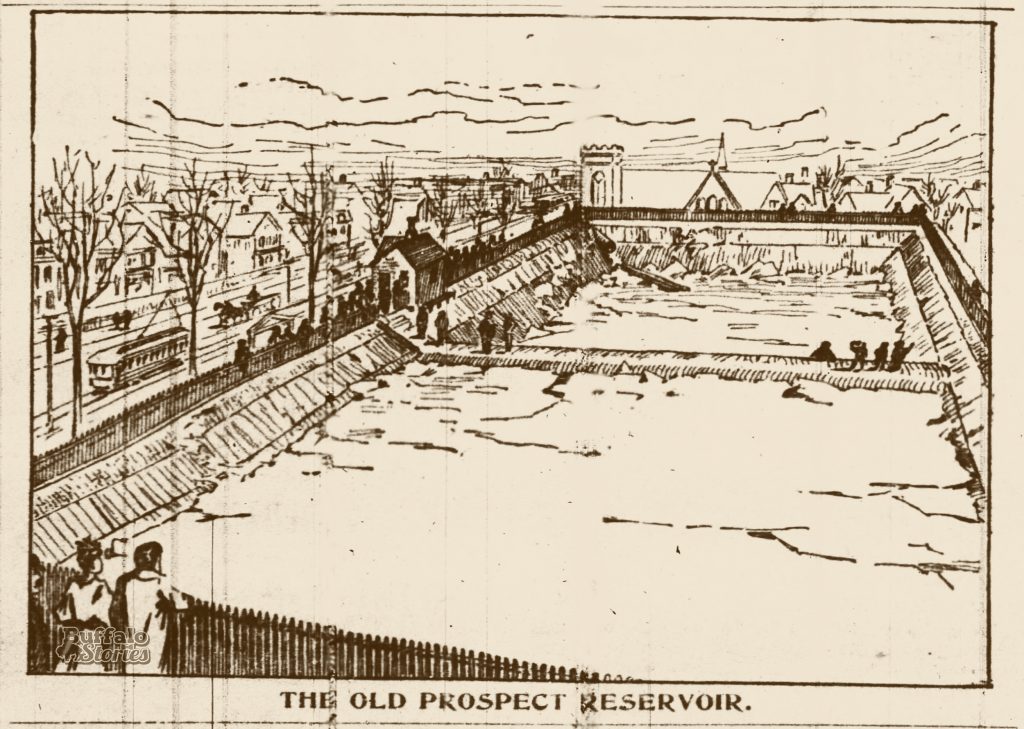 In 1880, the "Old" Prospect Hill Reservoir was still Buffalo’s primary source for drinking water. Located at Niagara and Connecticut streets, the original reservoir spot has been the home of the Connecticut Street Armory for more than 100 years.

The City used the property they had purchased to build a reservoir.  At the time, the City relied on reservoirs for water service.  This reservoir was known as Prospect Reservoir, since it replaced the reservoir of the same name which was located on Prospect Hill.  When the Colonel Ward Pumping Station opened in 1915, it rendered most of the reservoirs obsolete. 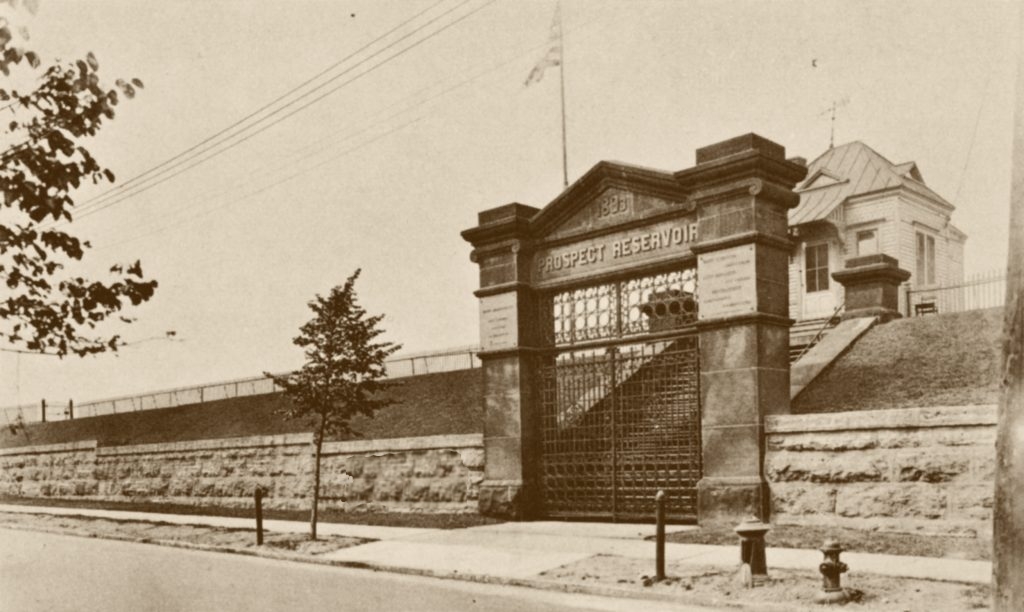 The second Prospect Reservoir stood where on Jefferson Avenue between Best and Dodge until War Memorial Stadium was built.

War Memorial Stadium was built as a WPA project in 1937. It was built on top of a large block that had once been the Prospect Reservoir. It was originally named Roesch Memorial Stadium, though the name was changed to Grover Cleveland Stadium later in 1937 (honoring the former President and Buffalo public official).

Johnnie B. Wiley Amateur Athletic Sports Pavilion was established at the old site and serves as one of Buffalo's three major high school football fields (the others being All-High Stadium and the field at Riverside Institute of Technology).

The northwest and southwest entrance to the old stadium was demolished, but the northeast and southeast entrance was saved and preserved. A small baseball diamond is on the former field's southwest corner.

We are greatly appreciative of the generous support from Delta Sonic and our surrounding community! We look forward to continue building relationships with our community together. Join our effort to create a beloved community through teamwork to makes the dream work by contacting us!